The “Café Lumière” solution, already deployed by Electriciens sans frontières in 6 villages in Madagascar, received the support of the MCA-Bénin II programme through a funding agreement that entered into force on 22nd June 2020, for an implementation in Benin, around the Nokoue lake.

This agreement is the result of call for proposals/projects, where we have been selected among 10 other companies. The programme is financed by the American agency Millennium Challenge Corporation, set up in 2004 by the United States Congress.

Electriciens sans frontières has been working since 2011 to the deployment of the Café Lumière concept, an innovative and sustainable rural electrification model fighting against climate change at least cost for the communities.

The ambition of this model is to bring an autonomous financial and energy solution. Indeed, the revenues from the sales of energy services to individuals or professionals allow for financing collective services, these being too often forgotten and difficult to fund. Beyond the technical solution, Electriciens sans frontières proposes a global inclusive model which contributes to fighting against inequalities within the communities.

A pilot project in Madagascar

A first Café was set up during summer 2018, and it rapidly proved efficient. Local community entrepreneurs, farmers, households and services have had access to clean and sustainable energy services, thanks to the involvement of a private Malagasy socially involved company which ensures the rental and sale of energy services and the maintenance of electrical equipment/installations.

Now deployed over 6 villages in Madagascar, the project benefits to a rural population of about 21 000 people by providing them access to sustainable energy services and to public services allowing for a better access to healthcare and education.

A project led in partnership with the Ministry of Energy and Hydrocarbons, Anka, the Foundation for studies and Research on International Development (FERDI), the Agency for the Development of Rural Electrification (ADER), the Office of Electricity Regulation (ORE) and with the support of the Agence Française de Développement (AFD), the EDF Group Foundation, the Signify Foundation, the Lord Michelham of Hellingly Foundation, Monabee, SDMO, Prysmian Group and Schneider Electric.

The diffusion of the solution in Benin

The Café Lumière solution will soon be deployed in 4 villages in Benin. Based on the same principle as in Madagascar, the building Café Lumière will be set up in the centre of the village and will enable the solar energy supply of collective and community, productive and individual structures. The Café Lumière model can be deployed thanks to the partnership with the association Sonagnon, our local partner based in the region of Sô-Ava. The project has been co-constructed in the frame of a consortium with this partner as well as with Songhaï and PAMIGA (a network of 14 microfinancing institutions (IMF)).

Beyond the funding brought by the Millennium Challenge Account-Bénin II, the deployment of Cafés Lumière in Benin benefits from the support of the ADEME, the EDF Group Foundation and the Eiffage Foundation.

By deploying this autonomous solution, Electriciens sans frontières aims at making this model a reference for rural electrification which could be disseminated in various contexts. 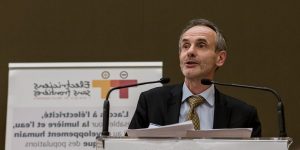 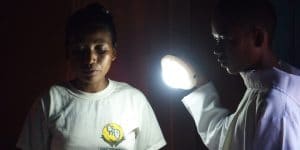 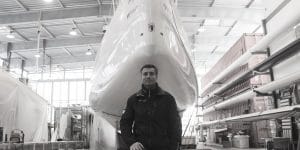 Your browser is out-of-date!

This site uses third-party services that place cookies on your browser. These services are used for audience analysis or sharing of our content on social networks. You can authorize or refuse the use of these cookies. Authorizing their use helps us provide you with a better browsing experience.