Armenia: aid to persons displaced from Nagorno-Karabakh to Yerevan

In order to provide support to the populations affected by the Nagorno-Karabakh conflict, an Electriciens sans frontières team of three volunteers was sent to Yerevan in Armenia last November.

On 27th September 2020, fighting broke out between Armenia and Azerbaijan for control of Nagorno-Karabakh, an Armenian enclave located in Azerbaijan. After six weeks of clashes, a ceasefire was reached on 9th November. Some 100,000 Armenians have fled their homes in Nagorno-Karabakh.

Armenia has faced an influx of displaced people who have fled. And the main issue is finding housing for these refugees as the winter in Armenia is harsh."
Hervé Gouyet, Electriciens sans frontières' President

As part of this intervention coordinated by the Crisis and Support Centre of the Ministry of Europe and Foreign Affairs, Electriciens sans frontières was contacted to meet the lighting, electricity and heating needs of those who have been displaced in Haut Karabakh. In the field, our team worked, in particular, with the Aznavour foundation and the Armenian Progressive Youth association.

Meeting the needs for lighting, electricity and heating

Several activities have been completed in reception and residential centres to enable those who have been displaced to have heating and lighting and to improvve their safety:

More than 200 displaced people from Nagorno-Karabakh have already benefited from our actions.

Kristine, a member of the on-site team, talks about an intervention in a reception centre in Etchmiadzin where more than 40 refugees from the conflict are being housed.

This action was made possible thanks to the support provided by our partners: Bizline, EDF, Enedis (in particular, its operator, SERVAL), the EDF Group foundation, Legrand, Prysmian, Rexel, RTE and Schneider Electric.

Our team benefited from the institutional and operational support of the Crisis and Support Centre from the Ministry for Europe and Foreign Affairs, the French Red Cross insertion, the Aznavour Foundation, the Armenian Progressive Youth association and the French Embassy in Armenia. 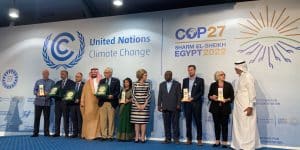 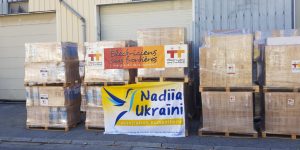 UKRAINE EMERGENCY : all about our actions in the field 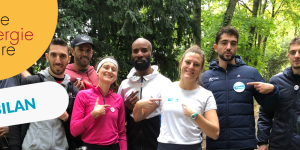