Cyclone Batsirai in Madagascar : our action at the Sainte-Anne hospital in Mananjary

On February 5th, Cyclone Batsirai swept along the East coast of Madagascar. It caused the collapse of many buildings, houses, health care centers as well as floods and major power cuts.

Cyclone Batsirai also devastated crops. Heavy rains and wind gusts of up to 240km/h first hit the East coast of the island, before moving inland, causing rivers to overflow into the rice fields.

THE DISTRICT OF MANANJARY, LARGELY DESTROYED BY THE PASSAGE OF CYCLONE BATSIRAI

The district of Mananjary was destroyed to 80%! The hospital resisted well, however, following the diagnosis made by technicians sent on site, it turns out that the batteries were impacted by the rain although they were in a sheltered room and that this destroyed the regulator of the electrical installation."
Father Jean-Yves Lhomme, director of the Sainte-Anne hospital

On February 22, only two weeks after this tragic event, cyclone Emnati hit the island of Madagascar again: no casualties were reported, but the bad weather made it difficult for rescue services to reach the most sensitive areas.

The funds raised will allow us to support the Sainte-Anne hospital, located in the district of Mananjary, where Electriciens sans frontières teams have already been mobilized in the past to electrify the building.

The emergency is to replace the defective regulators and to get the photovoltaic generator back into operation very quickly, as the hospital cannot operate permanently on the existing electrical generators.
"
Thierry, project correspondent at Electriciens sans frontières

Ste. Anne’s Hospital is now the only hospital that can be used in the entire region, with approximately 1,500 patients per year. It covers a population of more than 70,000 people, which is why our teams are urgently working to meet the facility’s energy needs.

We responded to these needs by providing a mixed source of photovoltaic energy and generators, as well as by setting up an electrical network and a water distribution network in case of fire. A team was also trained to maintain the installations. 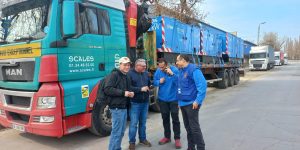 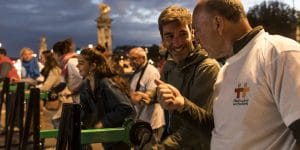